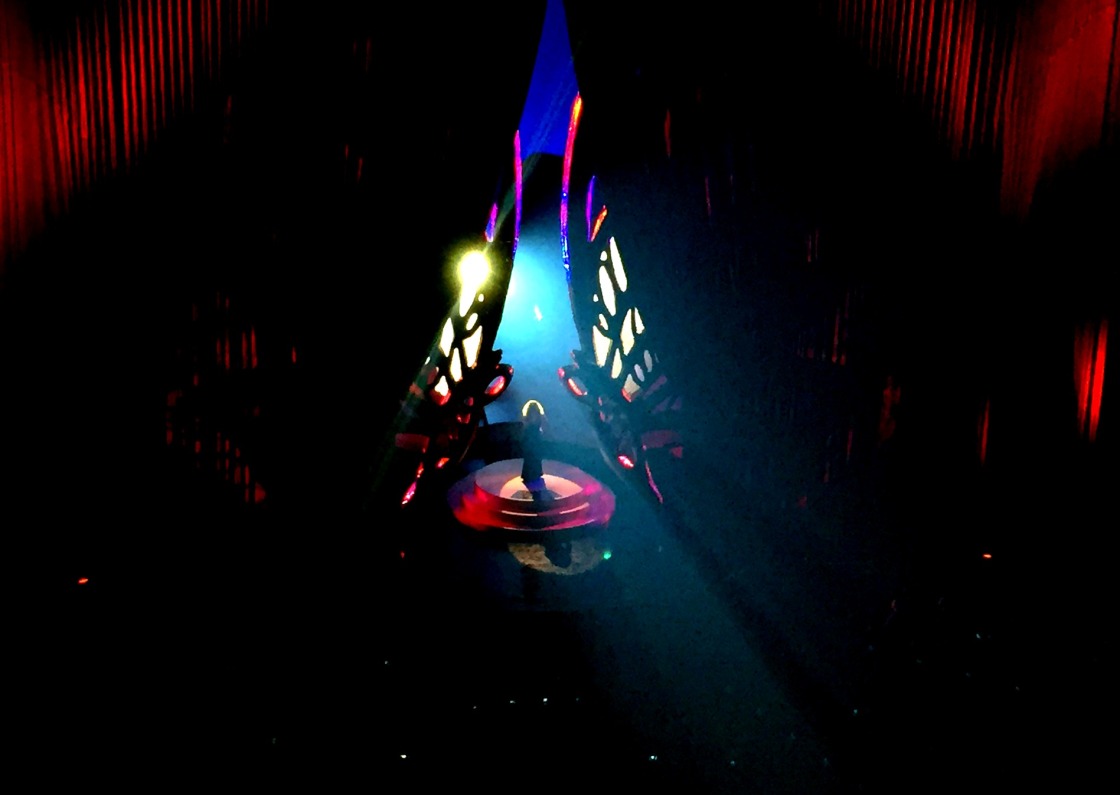 When I was going to Las Vegas this time around, I knew I had to catch Mariah Carey in her residency! It was a chance to go see a show at the Colosseum at Caesar’s Palace (which I’ve never ever been to, all the times I’ve been to Las Vegas) and also to see someone who has entertained me since 1990 when I heard her first single as a young (gay) child.

It’s very rare to say this about any concert venue, but there’s honestly not a bad seat in the Colosseum at Caesar’s Palace. Even though my seat was on the 2nd Mezzanine, I didn’t mind because I had a clear view looking down on the stage. At about 15 minutes after the hour, the lights dimmed and you could hear the opening notes of her first number one and the song that introduced her to the world, “Vision of Love.” The curtains were lifted, the huge replicas of her signature butterfly slowly parted on the stage, and Mariah made an entrance fit for a diva on a moving platform.

#1 to Infinity gave me a lot of what I am a fan of… her voice. All of her recent press will have you believe maybe she can no longer sing, but Mariah’s voice is undeniable. As a long time lamb (how she refers to her fans) and listening to those songs so often, I could pick up some key changes when Mariah was singing in her middle range. As a fellow concertgoer noted, the high and lower register of her voice were definitely on point.

The glorious high note in “We Belong Together?”

That famous whistle note from “Emotions?”

The only problem I have with the show is the actual show itself. #1 to Infinity as a show was a bit choppy and not cohesive, sometimes I was wondering if she was going to come back during one of her quick changes. It was intended to be a journey through her song catalog, but playing all of her number ones in order was predictable and had any moment of anticipating some kind of surprise disappear very quickly.

My double Red Bull/Vodka and I sang along to all of the eighteen number one singles. She ends the show with the new single, “Infinity.” It hasn’t picked up on the charts since release, which is a total shame. Ever since releasing songs like “Triumphant (Get ‘Em)” and “The Art of Letting Go,” “Infinity” is hopefully a sign Mariah coming back to form: writing great songs, that legendary voice, and maybe her 19th number one single.

#1 to Infinity is currently playing select dates through May and July with some dates just announced for February 2016 at The Colosseum at Caesar’s Palace in Las Vegas. You can get tickets at thecolosseum.com.

Check out the lyric video for “Infinity” below: